Leonardo announced today that Abu Dhabi Aviation (ADA) has signed a contract for two additional AW139 intermediate twin engine helicopters. The announcement was made during an official ceremony at the Dubai Air Show. The aircraft will be used to perform offshore transport mission with deliveries expected in 2017, further expanding ADA’s AW139 fleet which today accounts of 15 units in service primarily supporting the Oil & Gas industry. This latest order is part of an agreement for 15 helicopters including the AW139/AW169/AW189 types with deliveries through to 2019 announced at the end of 2015.

“Owning a fleet of ultra-fast aircraft and a state-of-the-art safety system has helped Abu Dhabi Aviation to drive its operations to the highest level of customer service,” said H.E. Nader Ahmed Al Hammadi, Chairman of Abu Dhabi Aviation. “The services provided by Abu Dhabi Aviation are driven by customer’s needs. These helicopters are widely used in the UAE, the GCC and the Middle East. ADA’s AW139s benefit from the support solutions provided locally by AgustaWestland Aviation Services LLC, an Abu Dhabi Aviation (ADA) and Leonardo joint venture delivering thorough support and maintenance services in the region.”

“The company has recently expanded its fleet to cover its contractual obligations inside and outside the U.A.E. and to further its investment in the aviation industry.”

“Abu Dhabi Aviation Services are among the top services provided across the Middle East and the world, especially in the field of operation, maintenance and training.” He added.

With over 140 AW139s ordered in the Middle East, more than 60 of which by customers in UAE, this model has demonstrated extremely successful for a wide range of commercial and government roles across the region and has set new standards for offshore transport duties.

Abu Dhabi Aviation has established, in cooperation with Leonardo, a maintenance center under the name of AgustaWestland Aviation Serices L.L.C. to expand its scope of services and meet the growing needs of the helicopter fleet in the Middle East. Having almost completed the provision of helicopter maintenance, repair and overhauling as well as all relevant logistic services. The joint venture is poised to provide maintenance, repair and overhauling for a wide range of these helicopters’ components.

The Company also plans to provide specialized services to support the full range of the new generation AgustaWestland aircrafts in the region. Since its inception, late 2011 and reaching its full operational capacity in 2013, the company has taken huge steps towards providing an expanding range of full-fledged services and activities with plans to sell helicopter spare parts and accessories and carry out helicopter/ component repairs, overhauling, customization, modification and upgrading. Leonardo and Abu Dhabi Aviation have been able to unify their efforts thanks to the combination of their engineering and maintenance expertise and the local partner’s willingness to invest in the latest technologies. 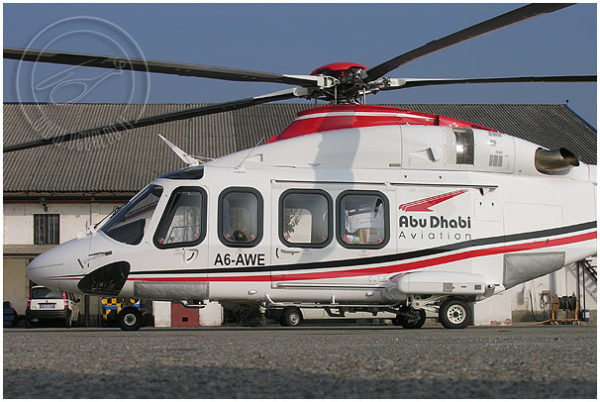